In the early part of the 20th century, the Methodist Episcopal Church, South, was totally and strictly segregated along racial lines as was most of the South and even America.  Hotels, restaurants, beaches, churches, and other public facilities were reserved for ‘whites only.’ African Americans had few, if any, places where they could go for those basic things of life, and especially for recreation.
Bishop Robert E. Jones, the first African American episcopal leader of the Methodist Episcopal Church, had the inspiration to address a part of this problem after speaking at an event at Lakeside Assembly, a white Methodist campground in Ohio. He established a similar place for Black people in Mississippi along the Gulf Coast. Such a place was physically realized on April 16, 1923 as the Gulfside Chautauqua and Methodist Camp Meeting Ground in Waveland, Mississippi, but only after he was able to raise $4,000 through the aid of churches and individuals. He bought 300 acres and leased 316 acres from the state of Mississippi.
On January 24, 1924, it was renamed Gulfside Assembly, was incorporated and opened.  Some of the most prestigious Black leaders in Methodism in the early part of the 20th century were involved in the incorporation of Gulfside.  At that time only one building was on the property, a twenty-two bedroom mansion that had previously been occupied by descendants of President Andrew Jackson.  The mansion was not visible from the beach because of surrounding oak trees. Bishop Jones led the effort to restore it and convert it into a meeting house where black and white Methodists could quietly come together despite Mississippi’s strict racial segregation laws.  More important to blacks in the region, when it opened in 1924, Gulfside Assembly was the first facility on the entire Gulf Coast where African Americans could swim and use the beach.
From 1924 to 1939 Gulfside Assembly operated from April to August. Activities included a YMCA, a summer school for Methodist pastors, and a summer seminary for prospective pastors.  The assembly also had Boys’ and Girls’ Reserves, 4-H and scouting events, and picnic facilities which were rented out to Methodist organizations.  The most important activity at the resort, however, the Poor Boys’ School, took place year round. The school taught a public school curriculum for impoverished black boys from throughout Mississippi.
In 1944, a Board of Trustees was established to preside over the resort. Over the next eight years they oversaw the construction of Brooks Chapel, the 100 room Gulfside Inn, the 1,000 seat Harry Hoosier Auditorium, and the Bishop’s house. All of these buildings were constructed with reinforced concrete to withstand disasters like the fire that destroyed the Jackson House in 1947.  By 1960, the year of Bishop Jones’s death, Gulfside Assembly had paid off its debts and had more than $200,000 in assets.
Gulfside served for many years not only as a place for retreats and vacations but also as a staging area for opposition to racism and segregation. Attorney, later, Judge Constance Baker Motely, had her headquarters at Gulfside as she waged a legal battle against segregation at the University of Mississippi Law School in 1962. She won in the James Meredith case.
After the founding of The United Methodist Church, the facilities, were used for racially integrated study conferences, youth retreats, and mission conferences.  Later, Marian Martin; a deaconess, one-time Global Ministries executive, and long-time Gulfside director, introduced a range of new programs for inner-city youth from New Orleans.
Hurricane Camille, which struck the Gulf Coast in 1969, destroyed many of the buildings and afterwards the trustees led by Methodist Bishops Mack B. Stokes and Ernest T. Dixon and laymen Wayne Calbert and Henry Harper fought to preserve the resort in the 1970s and 1980s and for the first time raised money outside the Methodist Church to rebuild some of the facility’s structures.
Just months before Hurricane Katrina hit, the doors were opened on a new complex of buildings aimed at drawing vacationers and young adults. All of the Gulfside buildings were destroyed in the storm.
Deaconess Martin was still director when Katrina blew in from the Gulf of Mexico. Walking in the rubble where her home once stood, looking across the near bare expanse where the chapel, dining hall, residence hall, and the new complex had stood, she is reported to have thanked God for a heritage, if not buildings, strong enough to withstand gigantic storms.
Gulfside Assembly housed volunteers to help in the effort to rebuild the surrounding Gulf Coast communities.
Mollie Stewart followed in Martin’s leadership, continuing the work of ministries and partnerships across the United Methodist connection, and Hancock County. Stewart led a campaign for rebuilding the center that was destroyed by Hurricane Katrina and impaired by the BP Oil Spill.  An open-air prayer chapel dedicated in 2016 is the first phase of this rebuilding.  It stands as a resilient symbol of what the future can hold at Gulfside, and is named in honor of the late Bishop Leontine Kelly, the first African American female bishop of The United Methodist Church.

Give to Gulfside Assembly

Help further our mission making Gulfside a viable ministry for years to come.

For nearly 100 years Gulfside has advocated and provided opportunities for underserved, excluded, and discriminated against people and communities.  Today, we continue to engage in the ministry of advocacy by: 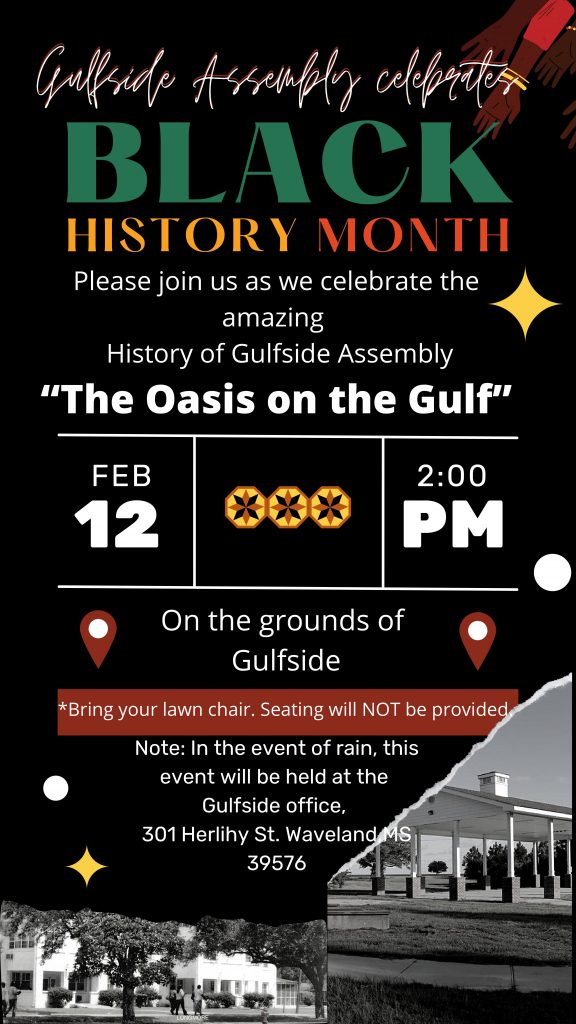 Date: August 14, 2021 11am CST
Topic/Title:  My First Semester in College
Speaker:  Vashti Bryant
Description: Practical Tips for navigating your first semester including schedules, professors, expectations and tool and resources available to assist students.
Who Should attend: HS seniors and college Freshmen (parents welcome)
Date: October 9, 2021 11am CST
Topic/Title:  How to apply for scholarships and scholarship opportunities
Speakers:  Dr. Crystal E. Banks & Dr. Cynthia Boyd Hopkins
Black College Fund
The United Methodist Church
Description: Money: the elephant in the room in every discussion about college. As a student, your main interest is getting into your preferred college. However, you should never neglect finances, since it’s probably your most important aspect of education in the upcoming years.
Join us in discussion with Dr. Banks and Hopson as they share key tips to finding, applying, and securing scholarship funds for college.
Who Should attend: HS and college students (parents are welcome) 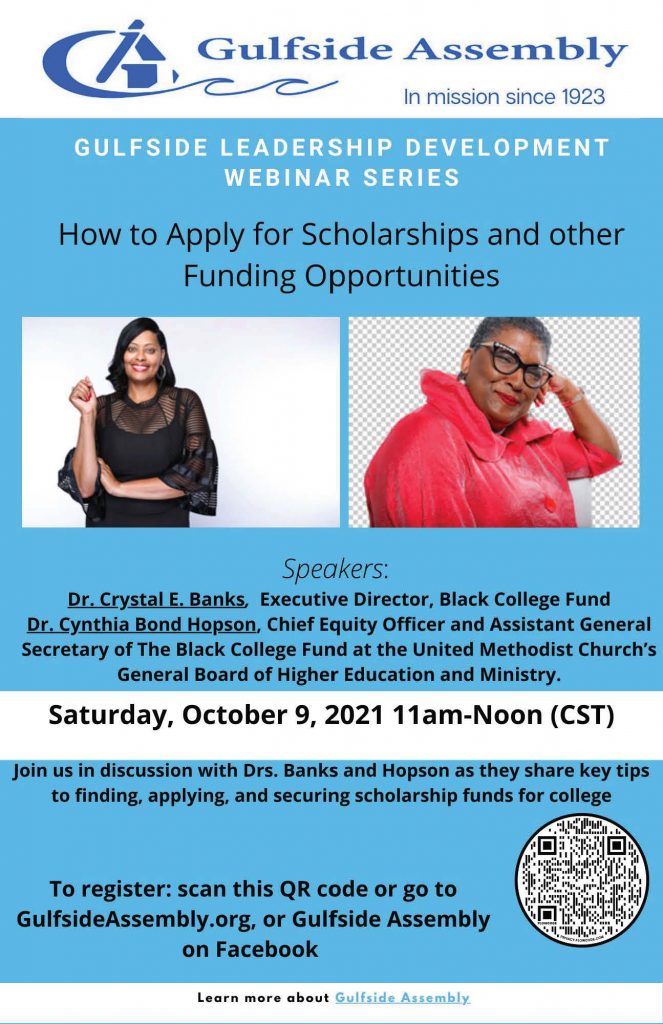 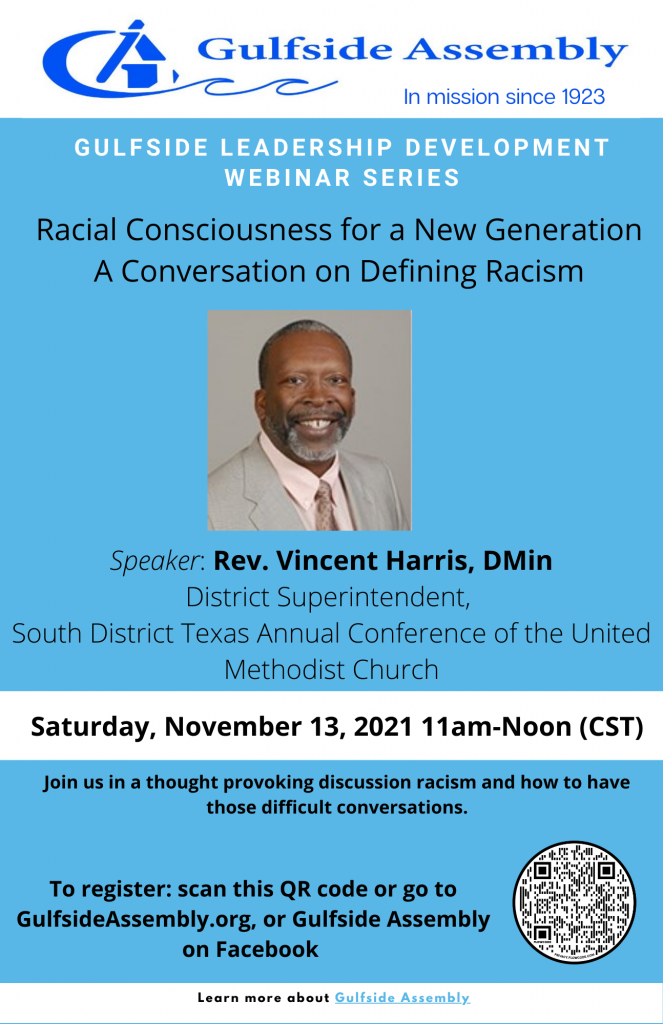 Date: September 11, 2021 11am CST
Topic/Title:  History of African Americans and professional development
Speaker:  Dr. Eva Baham
Professor of History
Dillard University
Description: Join us in discussion with Dr. Eva Baham as she examines the historical journey of African Americans, in the US, as it relates to images and ideas of professionalism. This includes topics related to language and tone, code-switching, and policies around attire and hair that directly impact African Americans (the crown act).
Who Should attend: Open to all 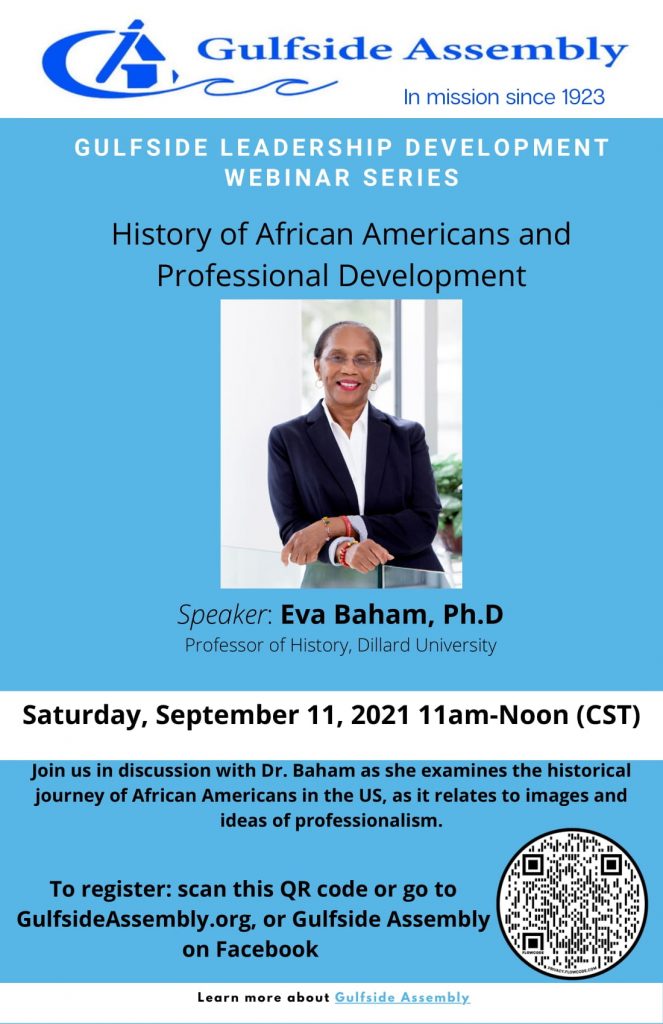 WADE in the WATER PILGRIMAGE

The Wade in the Water Pilgrimage was a moving time of learning and setting a new vision for the participants.  Friday evening,James Patterson Smith, Rev. Cynthia Cross, and Rev. Beth Matthews offered perspectives on life as it was in the mid 20th century how that experience was different for Black and White Americans.  Saturday morning began with breakfast at Gulfside Assembly.  Gulfside’s important role in the lives of Black Americans and the Civil Rights Movement was shared.  The group journeyed to the office of Dr. Gilbert Mason Sr. and listened to Clemon P. Jimerson, Sr. as he shared about the civil rights work involved in opening up the beaches.  Lunch was served at St. Paul UMC, Biloxi and as everyone ate, more eyewitness accounts were shared with those present.  The pilgrimage concluded with remembrance and worship on the beach in Biloxi.

Our 2019 tour was a great success!  We had over 30 adults and youth who traveled to South Carolina.  As they journeyed, they visited colleges, the Charleston harbor and aquarium, and participated in the Southeast Jurisdiction BMCR Harambee at Claflin University.  Our team even won the basketball tournament! 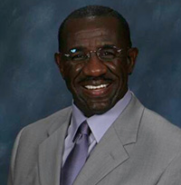 Board of Directors, Chair

Give to Gulfside Assembly

Help further our mission making Gulfside a viable ministry for years to come.